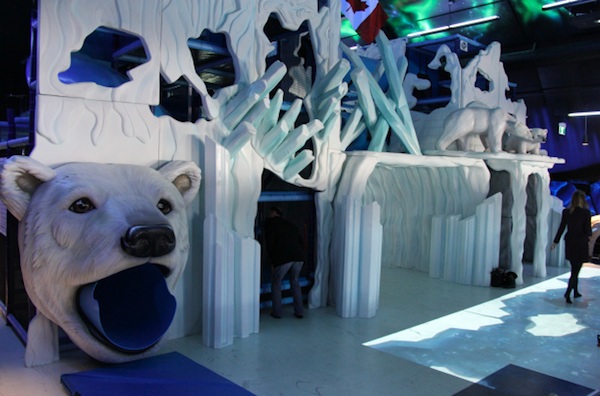 “This is another exciting step in the redevelopment of Assiniboine Park Zoo and we can’t wait to welcome the community to this amazing new facility,” said Margaret Redmond, APC president and CEO.

The indoor playground offers children an educational and fun experience in an arctic wonderland where they can learn about polar bears and other northern species. Components include motion-themed activities such as a moving ice-mass floor that responds to footsteps, an ice cave with hidden messages, a responsive Aurora Borealis wall where children can conduct the northern lights and a wall-sized icicle xylophone.

The zoo also opened the Tundra Grill restaurant, offering affordable quick-service meals with plenty of kid-friendly items. The 150-seat restaurant will allow visitors to watch polar bears through a thick layer of glass when the Journey to Churchill exhibit opens in 2014. The area will also serve as a space to host corporate events, weddings and other private functions.