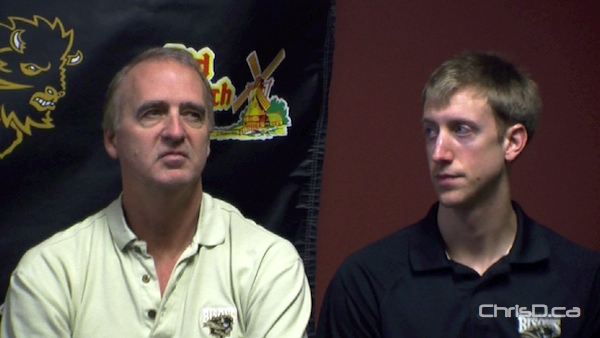 While the regular CIS season may be winding down, the Manitoba Bison men’s and women’s volleyball teams are ramping up their efforts to win matches in their final home games of the year.

The U of M squads welcome top-ranked Alberta to the Investors Group Athletic Centre tonight and Saturday.

“We want to play our best volleyball at this time of the year,” men’s head coach Garth Pischke said this week. “And certainly to get a shot at the best team in the country is going to tell us where we stand. We’ve got our sights set on a national championship, too.”

The No. 4-ranked Bisons (12-6) hold a four-game conference win streak going into the weekend and are in a three-day tie for third in Canada West. While the Bisons have clinched a playoff spot, Alberta remains unbeaten with a perfect 18-0 record.

“We’ve certainly developed a lot in the last four weeks after Christmas,” Pischke said of his team’s ability. “It’s going to show us exactly where we are and how good we are.”