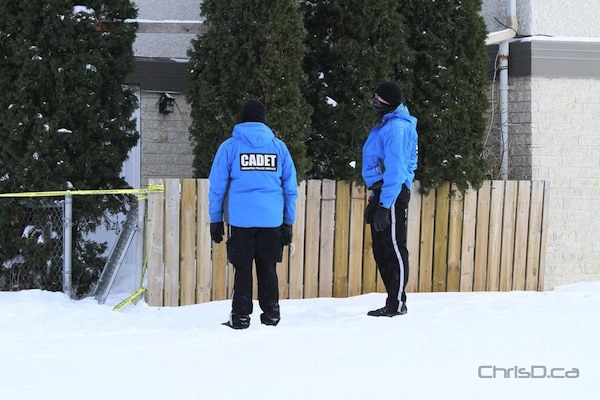 Winnipeg police cadets guard the scene where a woman’s body was found in the 200 block of Doncaster Street on Saturday, February 2, 2013. (HOWARD WONG / FOR CHRISD.CA)

Winnipeg police are investigating after discovering a woman’s body outside a housing complex in the 200 block of Doncaster Street.

Police were called to the Tuxedo residence just before 10 a.m. on Saturday to check on the well-being of an individual. That’s when officers found the body of the deceased.

The identity of the woman hasn’t been confirmed and the cause of death is pending the results of an autopsy.

UPDATE: Tuesday, February 5 — Police say foul play is not suspected in the 33-year-old woman’s death, however, the homicide unit continues to investigate.