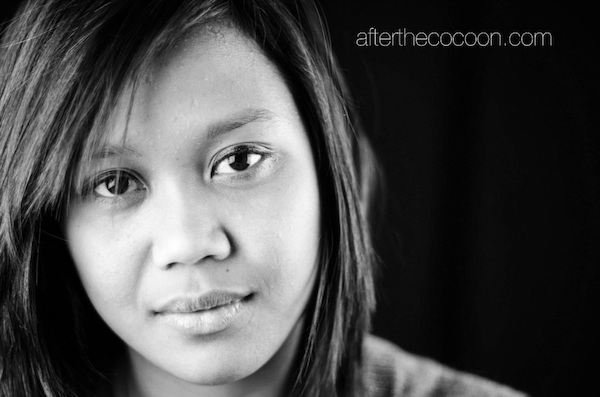 A new website that showcases the stories and photographs of burn survivors will launch in Winnipeg on Saturday, February 9.

After the Cocoon was created by burn survivor Maria Cristina Laureano, a student in Red River College’s Creative Communications program. Laureano, a second and third degree burn survivor after an accident when she was an infant, is excited to help other burn survivors share their experiences.

“Peer support is so vital in the recovery process before and after your accident,” Laureano said in a release. “I hope this website serves as a resource to burn survivors and will raise awareness to the public about our experiences.”

Ten burn survivors will be featured on the site, including Laureano and three other Winnipeg women who will share their stories about life after a traumatic burn experience.

Laureano was scalded by a pot of boiling water in the rural Philippines before she moved to Winnipeg at the age of four.

“I fell under the radar of the burn support networks that were available and grew up never knowing another burn survivor. After discovering the Canadian Burn Survivors Community last year, I decided to create this website as a resource for other burn survivors and to raise public awareness about burn support systems.”

The public launch of the site will take place at 2 p.m. at the Fire Fighters Museum, 56 Maple Street. Guest speakers include Barbara-Anne Hodge, chair of the Mamingwey Burn Survivors Society, and Martin Johnson, chair of the Firefighters Burn Fund. Admission is free.