Caution Advised on Upper Assiniboine Due to Spring Run-Off 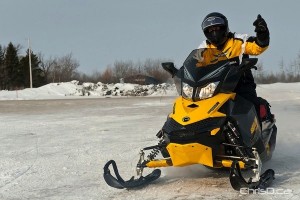 Snowmobilers in Manitoba are being urged to check ice conditions on the upper Assiniboine River.

The province advised Tuesday that water may seep onto the ice surface over the next two weeks as part of spring run-off downstream of Shellmouth.

“Increased outflows from the Shellmouth Reservoir may result in water on the ice surface at locations along the upstream portions of the Assiniboine River,” a news release read. “Snowmobilers and people planning activities on the river are advised to take precautions during the next two weeks as it is difficult to predict where the water could overtop the ice.”

There’s the potential for ice to lift as a result of the run-off, creating unsafe conditions for recreational users to be on the river.