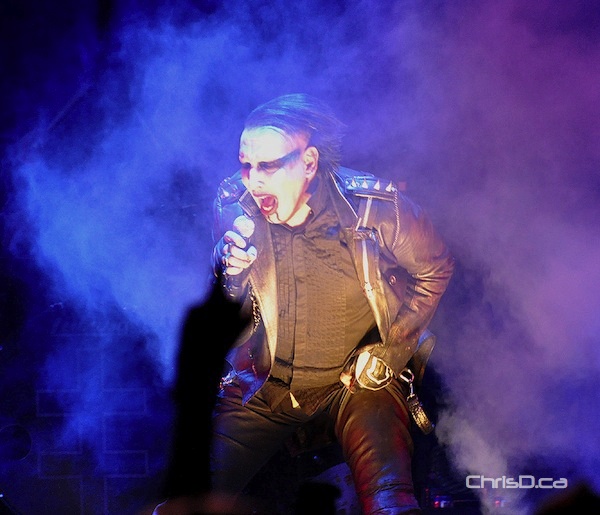 The Antichrist Superstar played in support of his eighth studio album, Born Villain, which was released earlier this year.