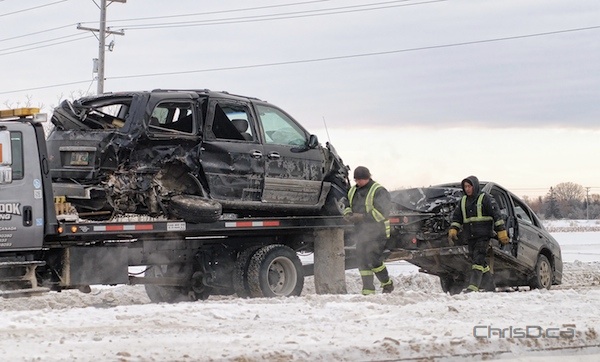 One person was sent to hospital with unknown injuries after a multi-vehicle crash on the north Perimeter Highway Tuesday morning.

The crash closed down the westbound lanes between Highway 8 and 9 at around 8:30 a.m. and reportedly involved three vehicles.

Several other vehicles slid into the ditch near the crash scene due to icy conditions.

The highway reopened to traffic shortly before 11 a.m.