Home » News » Winnipeg Ranks Poorly for Being a Romantic City

Winnipeg Ranks Poorly for Being a Romantic City 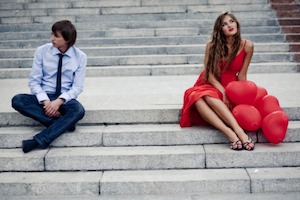 Winnipeggers just aren’t a romantic bunch, according to Amazon.

If a survey released earlier this week from Match.com saying only 56% of those locally support Valentine’s Day, then new numbers from Amazon.ca won’t help.

The online book and music retailer ranked Winnipeg 19th out of 20 on its annual “Most Romantic Cities” list on Wednesday.

Where are the most lovey-dovey Canadians located? Victoria, B.C., followed by North Vancouver. Waterloo, Kingston and Guelph, Ontario followed to round out the top five. Thankfully, Winnipeg ranked higher than Burlington, Ontario, which came in last.

The data was compiled based on Amazon.ca sales data of romance novels and relationship books (Kindle books and print books), romantic comedy DVDs and a collection of romantic music CDs from January 1, 2012 to January 23, 2013 on a per capita basis in cities with more than 80,000 residents.