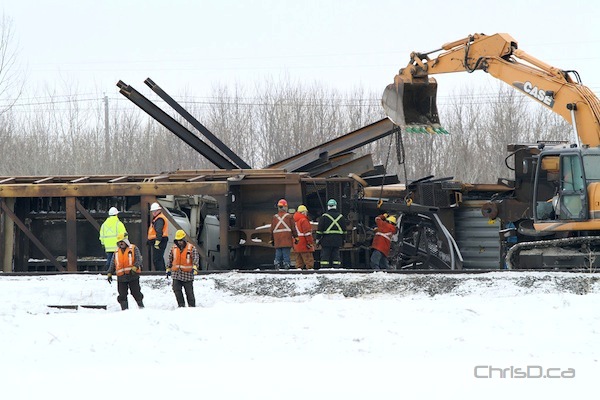 Crews work at the scene of a CN train derailment near Pembina Highway and the Jubilee Overpass on Saturday, February 9, 2013. (HOWARD WONG / FOR CHRISD.CA)

An investigation into what caused a CN train to derail in Winnipeg on Saturday is underway.

The derailment happened at about 10:30 a.m. near Pembina Highway and the Jubilee Overpass in the Fort Rouge area. Six train cars could be seen on their side, while two remained upright.

A large crane was brought in to stabilize the cars, which weren’t carrying an hazardous materials at the time.