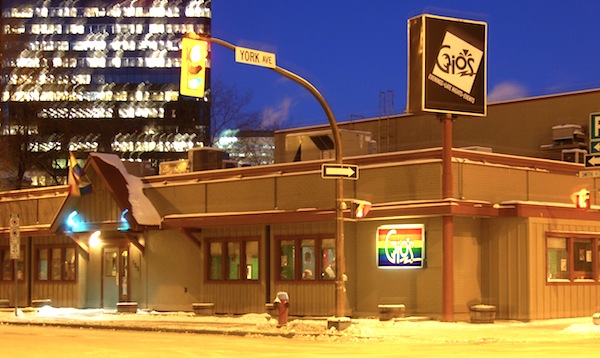 The popular Gio’s Club and Bar in downtown Winnipeg is closing after 31 years.

In a news release on Sunday, the bar’s board of directors said its last day would be Saturday, February 16. The GLBT bar has been located at 155 Smith Street for the past 10 years.

The owners blamed the establishment’s closure on financial difficulty, which it has experienced over the last five years, along with the prevalence of social networking and a significant loss of patronage to competing interests.

The Oscar Wilde Memorial Society, Inc., a volunteer board of directors which has operated Gio’s since its inception in 1982, will search for a smaller location after the property owner demolishes the current structure. If those plans don’t pan out, they say socials may be held to pay down outstanding debt.