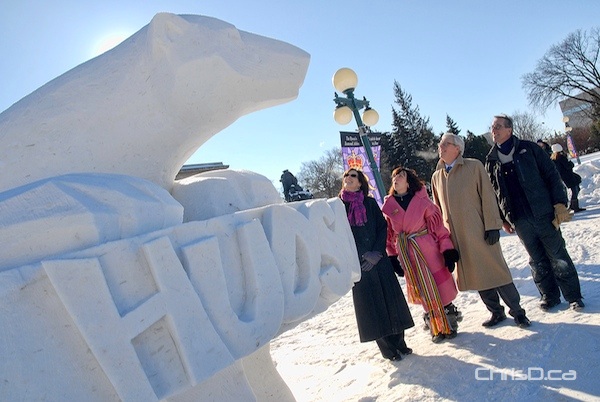 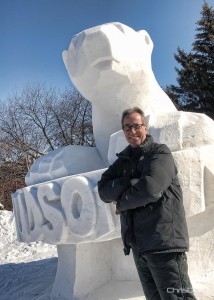 During a ceremony at the Manitoba legislature, a 10-foot snow sculpture was unveiled to resemble the Assiniboine Park Zoo’s newest resident. Hudson, a 15-month-old bear from Toronto, arrived in Winnipeg late last month and will be revealed to the public on Thursday.

Premier Greg Selinger was on hand for the unveiling, as well as David MacNair, one of four artists who worked tirelessly to recreate Hudson’s features in the masterful carving.