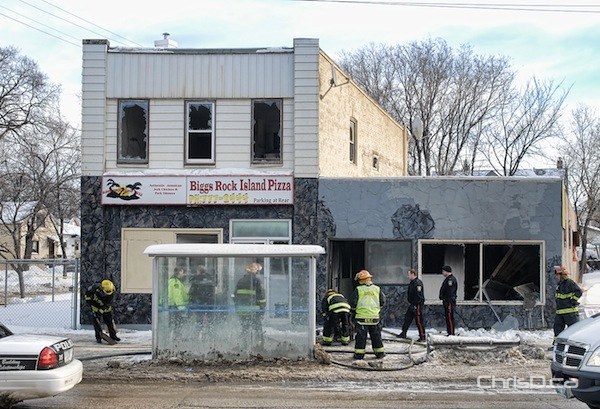 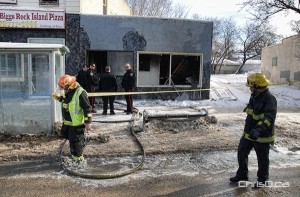 Firefighters on scene of a fire on Main Street near Burrows Avenue on Tuesday. (STAN MILOSEVIC / CHRISD.CA)

A vacant building at 1053 Main Street went up in flames late Tuesday morning.

Firefighters were quick to respond to the conjoined building that once housed Bigg’s Rock Island Pizza. Traffic was re-routed to the southbound lanes on Main as crews worked to contain the flames.

The cause of the fire is under investigation. No one was injured.