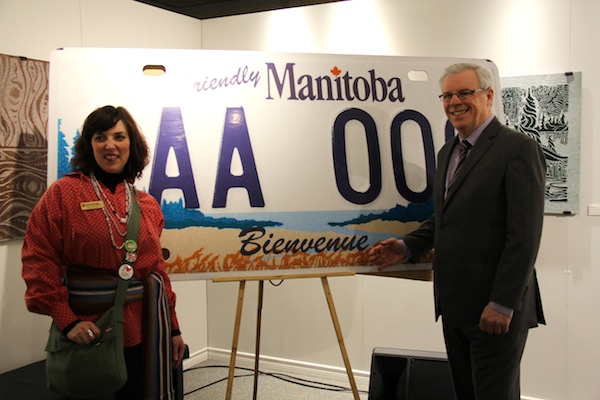 The new plates will display “bienvenue” at the bottom and be available at 300 Autopac agents across the province starting on Monday, February 25.

“With these new licence plates, we recognize the importance of bilingualism in our province as well as the importance of la francophonie to Manitoba’s history and culture,” Premier Greg Selinger said on Monday during an announcement alongside officials of Festival du Voyageur.

Drivers can switch from their current plates to bilingual plates for $15. For newly registered vehicles, the cost of either the English or the bilingual plate is $7.