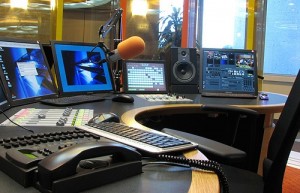 CJNU Nostalgia Radio has been granted a full-time broadcasting license by the CRTC.

The licence will see the Winnipeg radio station move to 93.7 FM from its current frequency, 107.9 FM. The move also increases the transmission power from 50 watts to just under 500 watts.

“Our approach to programming will not change, and we will continue to support local non-profit organizations by broadcasting live from different locations such as the Variety Club of Manitoba who are the CJNU host sponsor for the month of February,” said Ross Thompson, chair of CJNU’s board.

The new licence will allow the station to stay on the air all month long, including the one day it was required to go dark under Industry Canada regulations.

The CJNU transmitter will continue to be located at the top of 55 Nassau Street to broadcast to its 20,000 weekly listeners.

CJNU will switch to its new frequency in either late August or early September.

← Previous: Amphibex Icebreakers Get to Work on Red River Next: Youth from Skownan First Nation to Protest at Legislature →
Tags: CRTC | Radio