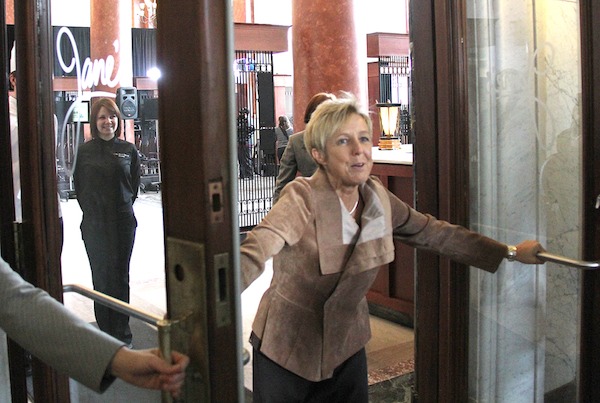 Jane’s restaurant is a 90-seat fine dining establishment that will open to the public on February 26. On Thursday morning, the renovated historic building was shown off to dignitaries and special guests.

The restaurant will be the anchor tenant of the 10-storey school, where students will learn, work and live. The facility was modeled after the best European culinary schools and will help the college to continue graduating 140 students annually from the program.

“From here we are going to attract people from around the world to Winnipeg,” said Red River College president Stephanie Forsyth as she swung open the doors to Jane’s. “Learning and working in a space like this really inspires staff and students to do their best. The institute will attract and graduate the best hospitality people in Canada.”

The building, originally built in 1904, is located at 504 Main Street and was once the Union Bank Tower. Jane’s is named after Jane B. Paterson, the mother of Andrew B. Paterson, the current owner of Paterson GlobalFoods Inc.