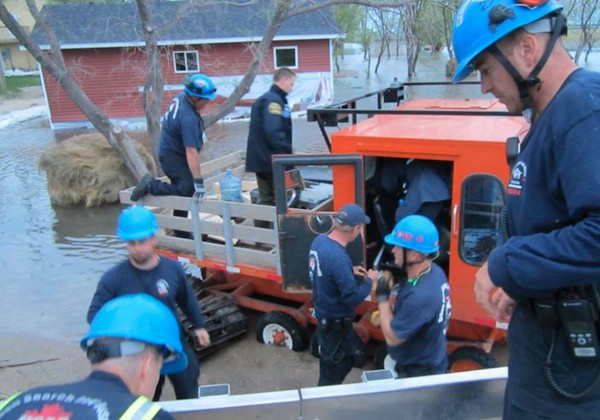 Brandon is currently the setting for Manitoba’s heavy Urban Search and Rescue (USAR) team, who are staging their annual winter exercise.

Operation Readiness began on Thursday and continues today in the Wheat City.

The round-the-clock exercise will see team members use K-9 dog teams and search and rescue techniques with specialized equipment to locate and save people in several situations. The team will remain on site in a secure base camp and command post.

The exercise is being coordinated by the Manitoba Office of the Fire Commissioner and is self-contained with all-season tents, water and galley supplies, an environmentally friendly power system, computer-aided search tools and a satellite communications system.

The USAR teams, which are also stationed in Vancouver, Alberta and Toronto, were formed shortly after the September 11, 2011 terrorist attacks in the U.S.