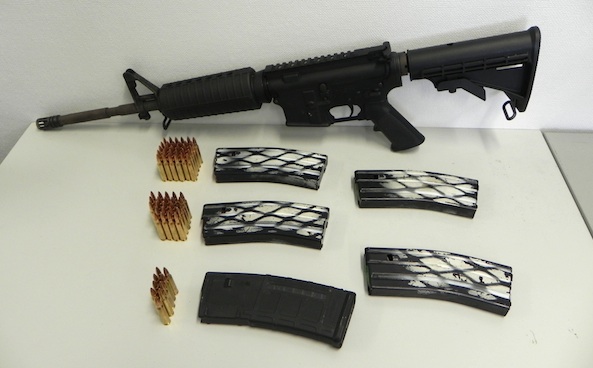 A year-long investigation by RCMP has resulted in two men being arrested on a list of firearms-related charges.

Police say the investigation involved allegations of illegal possession and the sale of firearms from the United States into northwest Ontario and Manitoba.

Authorities seized two assault rifles, a handgun, prohibited magazines and ammunition. The alleged offences are said to have taken place between April and December 2012.

Atkinson is facing 27 charges, while Hartwell is facing 35. Both men are Canadian citizens and residents of Fort Frances.