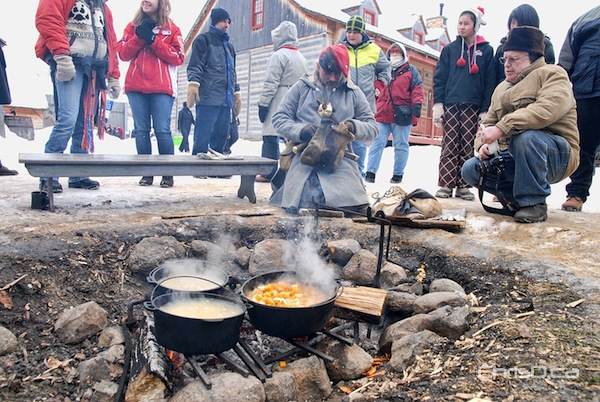 An interpreter prepares food over a fire inside Fort Gibraltar at Festival du Voyageur this weekend. (STAN MILOSEVIC / CHRISD.CA)

The federal government is providing Festival du Voyageur with funds to fix up Fort Gibraltar.

St. Boniface MP Shelly Glover announced a $123,750 grant on Sunday during the final day of the festival.

The grant will be over two years and cover the cost to rebuild the walls of the Fort as well as three of the cabins inside. The replica of the historic North West Company fort was originally built in 1979.

“Fort Gibraltar is a true gem in Saint-Boniface and this kind of support will allow us to ensure that this unique site will be around for a long time,” said Festival du Voyageur executive director Ginette Lavack Walters.