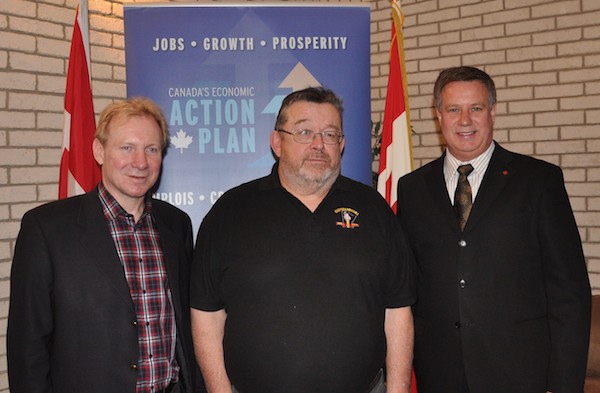 The Elmwood Giants Baseball Club has received $127,063 from the federal government to make improvements to its Transcona facility.

The funding will help the club to replace the announcing booth, stands, press box, and storage at its baseball field. The Elmwood Giants Baseball Club operates four of its own baseball teams and makes its field available to other local teams.

“Baseball has been played on Giants Field for over 100 years and this site has hosted tournaments, city and provincial championships, and the Western Canadian Championships,” said Al Kinley of the Elmwood Giants Baseball Club. “This funding will upgrade off-field amenities and allow us to attract events such as the Canadian Championships and be a part of Winnipeg’s bid to host the Canada Summer Games in 2017.”

The announcement was made Friday by Elmwood–Transcona MP Lawrence Toet and Elmwood city Councillor Thomas Steen.

← Previous: Motley Crue to Rock MTS Centre on May 7 Next: Cadets Raise Funds with Flight for Life →
Tags: Baseball