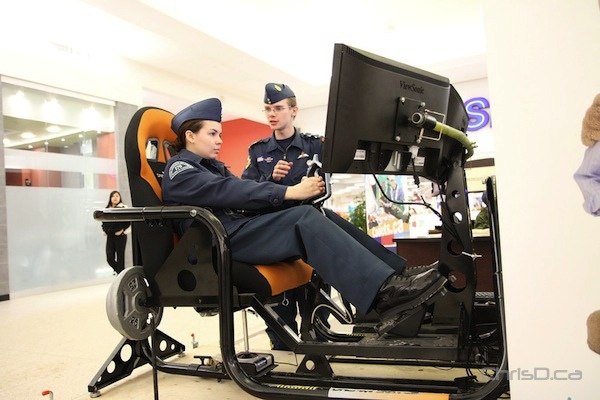 Rebecca Howgate and Josh Woodland take part in the sixth annual Flight for Life at Kildonan Place Shopping Centre over the weekend. The three-day fundraiser saw cadets step into the “Dream Flyer” simulator and take a mock flight from St. John’s, Newfoundland to Victoria, British Columbia. The goal of the project was to collect one dollar for every mile flown for the Children’s Hospital Foundation of Manitoba. The event was put on by the 176 Boeing of the Canada Royal Canadian Air Cadet squadron. (HOWARD WONG / FOR CHRISD.CA)