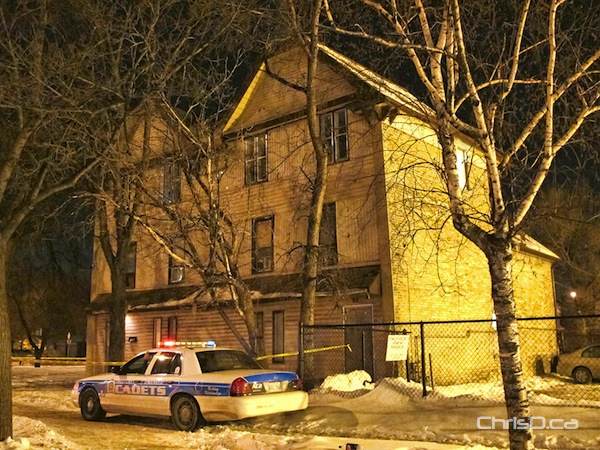 Winnipeg police are treating the death of a man at a rooming house on Balmoral Street as suspicious. (STAN MILOSEVIC / CHRISD.CA)

Winnipeg police are investigating a suspicious death in a rooming house after a man was found deceased on Tuesday.

Police responded at around 4:30 p.m. to the 600 block of Balmoral Street to check on the wellbeing of a resident, when they located the man.

His death is being treated as suspicious and several people from within the residence are being interviewed. An autopsy is pending.

UPDATE: Thursday, February 28 — The deceased has been identified as Ronald Harold McKinnon, 54, of Winnipeg.

UPDATE: Friday, March 1 — Robert Steward Maier, 38, of Winnipeg has been charged with manslaughter and remains in custody. Police say the victim and accused were involved in an altercation during a house party in a suite within the rooming house. The victim returned to his suite with the help of other residents, but was located deceased the next day.