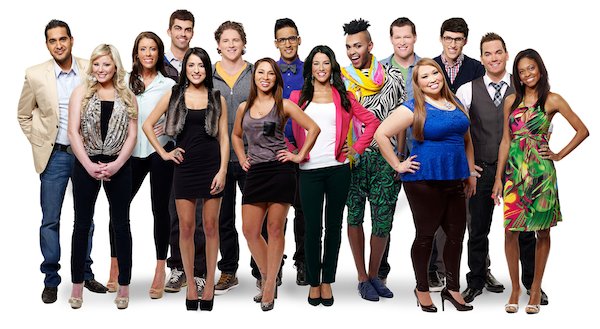 After months of auditions and sifting through the 10,000 Canadians that applied, “Big Brother Canada” will premiere tonight.

The Canuck version of the popular U.S. reality show — originally based on the U.K version — will see 15 houseguests move into the camera-rigged house, where their every move will be captured and recorded with the help of dozens of cameras and microphones.

Hosted by TV personality Arisa Cox, competitors will be vying for fame and a not-so-hefty fortune of $100,000 — a far cut from the $500,000 payday offered south of the border.

Houseguests will also be competing for a $25,000 gift card to The Brick and a new Chevrolet Trax.

“Each of the 15 selected houseguests are bringing something special to the show whether that be through a strong personality, wacky sense of humour or competitive nature,” said producer John Brunton in a release. “With this many big personalities living together under one roof, all with their eyes on the prize, things are bound to get a little crazy.”

Brunton, who is chairman and CEO of Insight Production Company Ltd., is also producing “The Amazing Race Canada” for CTV, which begins shooting in May.

“Big Brother Canada” will debut tonight at 8 p.m. CT on the Slice network, followed by weekly episodes on Wednesdays at 8 p.m., Thursdays at 10 p.m. and Sundays at 9 p.m. An eviction episode will air every Thursday. Fans who can’t get enough of the show can tune into “Big Brother Canada After Dark” on Slice from 1 a.m. to 4 a.m. CT seven days a week.