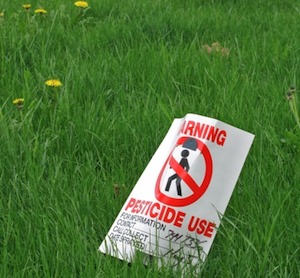 Results from a new poll suggest a province-wide cosmetic pesticide ban is supported by the majority of Manitobans.

The Green Action Centre on Tuesday said 71% support a ban that would phase out lawn and garden pesticides. The survey shows broad support with rural (86%), urban (72%), and suburban residents (68%) agreeing on the ban of such products.

“It’s clear Manitobans want and deserve the same protection from these unnecessary toxins as the millions of Canadians across Canada where provincial bans are already in place,” said Farrah Khan, a campaigner with the Canadian Association of Physicians for the Environment.

Six provinces currently have a legislation in place banning the sale and use of pesticides, which 77% of Manitobans also consider to be a threat to wildlife, air quality, and lakes.

The polling was conducted by Oraclepoll Research and involved a survey of 498 Manitoba residents via telephone. The margin of error is +/- 4.4% 19/20 times.