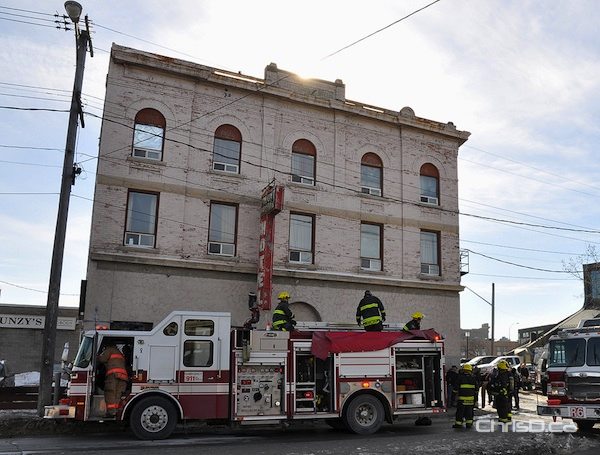 A mattress fire at the Mount Royal Hotel evacuated the building on Thursday afternoon. Emergency crews were called to Main and Higgins at around 2 p.m. and quickly controlled the flames, which were confined to a mattress inside the hotel. Winnipeg police had traffic in the area blocked for about an hour before guests were allowed back in. No one was injured. (MAURICE BRUNEAU / CHRISD.CA)