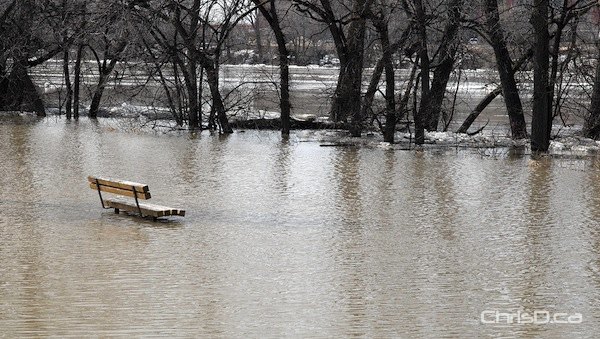 Winnipeg can expect to see the Red River rise to between 14 and 19.7 feet above normal this spring.

The City of Winnipeg on Friday released its first flood bulletin, which piggybacks on what the province released on Wednesday with their minor to moderate flood prediction. The flood risk in the city and throughout Manitoba depends on the weather from now until the spring. The longrange forecast from Environment Canada shows upwards of 20 cm of snow for the Winnipeg area looking into next week.

The city once again warned residents about the potential for basement flooding as the snow begins to melt, but said basement can be vulnerable to moisture at any time of the year depending on precipitation amounts.

Homeowners are reminded to: