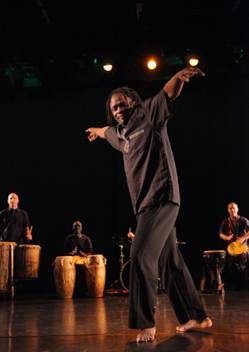 Winnipeg’s Nafro Band is celebrating the release of their new album, Gweka, in April.

Tickets are $20 at the door, or $15 in advance through the WECC, Ticketmaster, Winnipeg Folk Music Store or Music Trader.

The WECC is also presenting Winnipeg based indie-folk songstress Ingrid Gatin, as she performs music from her new album, 1000 Lives, on Wednesday, April 10. Montreal folk-loop specialists Twin Voices will open the show.

Tickets are $17 at the door or $12 in advance from the same above locations.