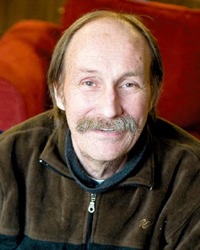 Longtime Winnipeg community activist Nick Ternette has died. He was 68.

Ternette passed away on Sunday after years of health problems and was recently placed into a St. Boniface palliative care unit.

“A political activist, social advocate, journalist and volunteer, Nick Ternette dedicated much of his life to the fight for fair treatment and justice for all,” University of Winnipeg president and vice-chancellor Lloyd Axworthy said in a statement.

Ternette ran unsuccessfully for Winnipeg mayor five times, including a run at the provincial NDP leadership in 1979. Despite the shortfalls, Ternette kept his sights set on politics, making hundreds of presentations at City Hall over the years, including after he had both of his legs amputated in 2009 after an infection.

In a statement, Mayor Sam Katz said, “I am saddened to hear of Nick Ternette’s passing. He was well known to everyone here at City Hall and his dedication to activism and advocacy will not soon be forgotten. My sincere regrets go out to his wife, Emily.”

Born in Germany in 1945, Ternette immigrated to Canada at the age of 10.