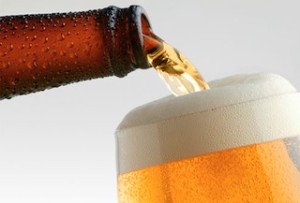 Call it a “beer tax” as Manitobans shell out more for the beverage beginning at midnight.

A 24-can case will cost $3.90 more starting March 8 under new provincial rules. The increase was announced in February and was slated to begin April 1, however the tax increase will go into effect earlier than planned.

“The NDP can’t bear to face the public and be honest about their intent, so they will do it in the dark of night,” Manitoba Liquor Control Act Critic Cliff Cullen said. “The NDP may believe Manitobans won’t notice this attempt to deceive, but they have been caught beer handed.”

The increase is expected to pull in $2 million annually for the province.

← Previous: MTC Throws Back Curtain on 2013-14 Season Next: Manitoba to Survey Kids on How to Prevent Bullying →
Tags: Beer