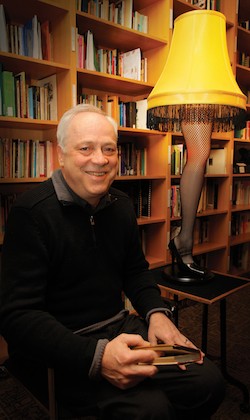 The Royal Manitoba Theatre Centre has unveiled the lineup for its 2013-14 season, and for theatre buffs, there’s plenty to be excited about.

The packed playbill includes classics, comedies and contemporary masterpieces. The John Hirsch Mainstage will host a comedy called Harvey — a vibrant adaptation of a romantic novel Jane Eyre and the wacky holiday classic A Christmas Story.

At the Tom Hendry Warehouse, audiences can look forward to Venus in Fur, a modern riff on the 1870 novel that introduced S&M to the masses, and the much anticipated Winnipeg premiere of Hirsch, an inspiring look at the life and art of MTC’s founding artistic director.

Other plays on the roster include The Glass Menagerie, Kim’s Convenience, Good People, The Seagull, and The Secret Annex.

← Previous: Katz to Deliver State of the City Address on Friday Next: Manitoba Beer Prices Going Up at Midnight →
Tags: Manitoba Theatre Centre