Rare Manitoba Photographs to Be Unveiled at U of M 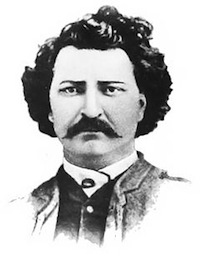 Rare photographs from the Louis Riel era will be revealed to the public today at the University of Manitoba.

Photos from Manitoba’s first legislature to a traffic jam at Portage and Main in 1874 are just some of the pieces in the unique collection housed by the U of M’s Archives and Special Collections department.

The works show Manitoba through the 1860s and 1870s, including a shot of the province’s founder, Louis Riel, with a number of his councillors as part of the Métis Legislative Assembly of Assiniboia.

Winnipeg South MP Rod Bruinooge will be on hand for the unveiling at 11 a.m. at the Elizabeth Dafoe Library on the U of M’s Fort Garry campus.