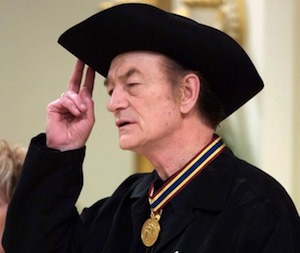 A local radio station has teamed up with Assiniboine Credit Union to take in donations in memory of Stompin’ Tom Connors.

The Canadian music legend passed away on Wednesday, and 103.1 Virgin Radio has started to collect donations in lieu of flowers, as per the family’s wishes.

The Virgin Radio Stompin’ Tom Connors Fund in support of Winnipeg Harvest and Siloam Mission will take in donations at any Assiniboine Credit Union in the city. Money collected will be divided up between the two local charities.

Connors died at the age of 77 and was best known for “The Hockey Song.” On Thursday, the Internet was a buzz with reports of the possibility of Stompin’ Tom one day being inducted into the Hockey Hall of Fame’s builder category, which hasn’t seen an inductee in two years.

For a list of locations on where to donate, visit Winnipeg.VirginRadio.ca.