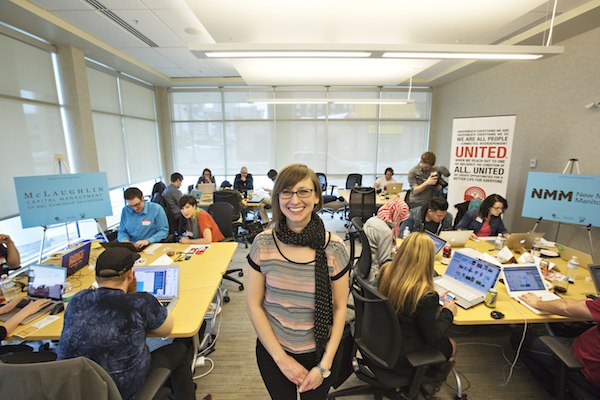 Winnipeg’s creative community came together over the weekend to complete projects for the United Way and its partner agencies.

“(It) was an incredible success with the response from volunteers and the excitement from the non-profits we worked with,” said Goodwork chair and Secret Handshake co-founder Leanne Schmidt. “Non-profit agencies usually don’t have lines for this in their budget.”

Volunteers contributed an estimated $40,000 worth of creative work to the community.

Scott Sime, United Way’s vice-president of marketing an engagement, said they are always looking for ways to connect community members, and help their agency partners make a bigger difference in Winnipeg.

“The fact that it’s the first of its kind says so much about Winnipeg’s volunteer spirit, and we were so proud to be hosting.”