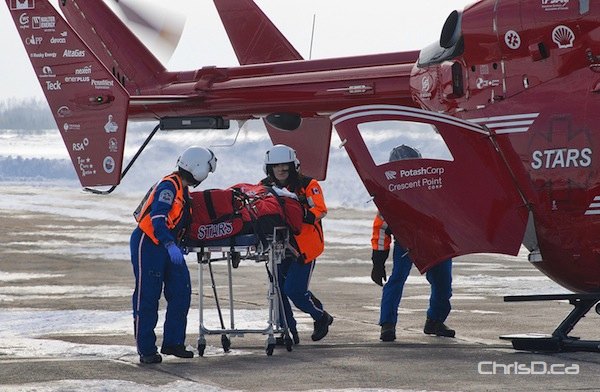 The STARS air ambulance crew showed off what they do on a daily basis during a landing zone training exercise on Saturday north of Winnipeg.

STARS personnel conducted the mock rescue at the St. Andrews Airport involving a staged car accident. The exercise included firefighters securing the scene and guiding the helicopter to land and safely rescue the patient from within a wrecked vehicle. Rescue workers conducted three take-offs and landings as part of the exercise.

The STARS air medical crew is on call 24/7 and can be dispatched within eight minutes from either their Winnipeg or Saskatoon base.