Home » News » Firefighters to Camp Out for Muscular Dystrophy

Firefighters to Camp Out for Muscular Dystrophy 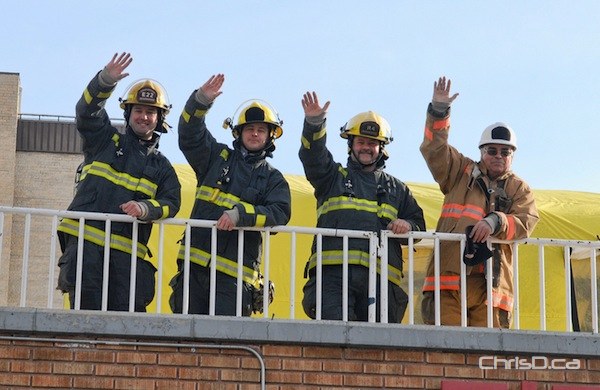 Firefighters wave from the roof of the Osborne Street firehall on Tuesday, March 12, 2013 as they begin their campout in support of Muscular Dystrophy Canada. (STAN MILOSEVIC / CHRISD.CA) 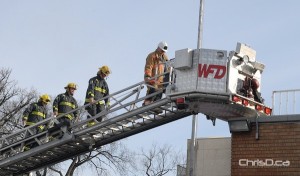 Firefighters are hoisted up to the roof on Tuesday morning. (STAN MILOSEVIC / CHRISD.CA)

Winnipeg firefighters will camp out on the rooftop of the Osborne Street firehall for the fourth year in a row to raise funds for a deserving charity.

Today until Friday, March 15, a group of firefighters will be accepting donations for Muscular Dystrophy Canada. The campers were hoisted up by an aerial ladder this morning, where they’ll spend their week camping out.

On Wednesday, Thursday and Friday, firefighters will be hitting the streets in “road tolls” to solicit donations from passing motorists in the area from 7 a.m. to 10 a.m., as well as from 4 p.m. to 6 p.m. on Friday.

Last year’s campout raised $30,000 locally for charity, while competing with other fire departments across Western Canada.