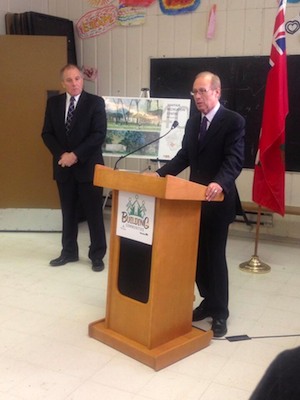 The city and province are jointly funding 34 new community improvement projects as part of the second phase of the Building Communities Initiative II.

“These projects are vital to the continued health and well-being of Winnipeg residents who rely on community facilities for safe, inclusive recreation options,” Lemieux said.

The Mayfair Recreation Centre redevelopment site will receive a total of $1.1 million for expansion and upgrades. The site was already approved for $200,000 under the first phase of the initiative and will receive an additional $800,000 from the City of Winnipeg capital fund for a total of $2.1 million to be used in 2013.

Additional projects will be approved in the coming months to bring the funding total for this second phase of the initiative to $10 million.