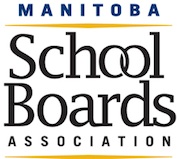 School board members and administrators from across Manitoba are in Winnipeg today for the start of the 2013 Annual Convention of the Manitoba School Boards Association.

The convention is being held at the Delta Winnipeg and is expected to attract about 300 people over a three-day period.

Keynote presentations and workshops will kick off opening day, with the convention itself getting underway on Friday at 9 a.m.

Among the business on the agenda — elections for the association’s directors, along with concurrent workshops, which will be held on Saturday morning. The Convention will conclude after lunch on Saturday with an address by Christine Penner, assistant superintendent at Interlake School Division. An awards ceremony and showcase will be held on Thursday evening.

A program for the convention can be found MBSchoolBoards.ca.