Home » Entertainment » ‘Ride the Cyclone’ Musical to Open at MTC

‘Ride the Cyclone’ Musical to Open at MTC 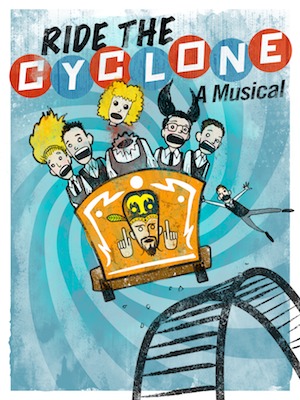 A new musical will begin running next week at the Royal Manitoba Theatre Centre, based on a mechanical fortune-telling machine.

“Ride the Cyclone” is a production by Jacob Richmond and Brooke Maxwell, and will fill the Tom Hendry Warehouse from March 21 to April 6.

Karnak, a roller coaster-turned-fortune-teller, gives the former Saint Cassian Chamber Choir one last chance to perform from beyond the grave after the ride malfunctions and sends six teens hurtling to their deaths.

The production began with workshops and a limited run in Victoria, B.C. It won multiple awards after appearing at the SummerWorks Festival in 2010 and has sold out various venues across the country.