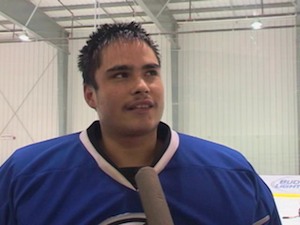 The second annual Early Cook Classic will remember the legacy of the young hockey fan this afternoon.

Cook was 23 when he passed away in 2011 from kidney failure. He was known as a passionate fan who made headlines for his personal relationship with the Detroit Red Wings and head coach Mike Babcock.

“His motto was ‘tough times don’t last, tough people do,'” said Marie Christian, co-ordinator of VOICES, the organization behind the hockey game being held at Sargent Park Arena on Wall Street.

“It reminds us all, kids in care and alumni in care, that while we may not be in control of tough situations we face, we can make it with supports around us, and with strength from within.”

The hockey game will see youth in care taking on social and youth workers beginning at 2 p.m. A free skate will follow at 3:30 p.m.