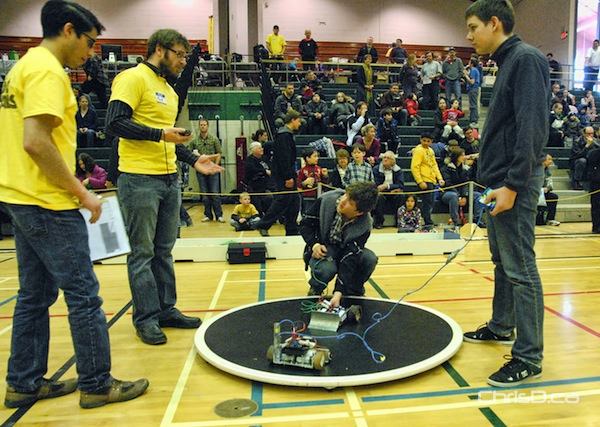 Held in the Audrey Jones Field House at Tec Voc High School, engineers, software designers, makers, and technicians competed against each other and themselves. Teams worked for months to build their robots for competition, with names like Oogilee Boogileetron, CUL8R, and Enter Shandman.

The University of Manitoba brought out its hockey-playing robot, along with Martin O’Bryn, one of its combat creations.