Winter Not Finished with Southern Manitoba 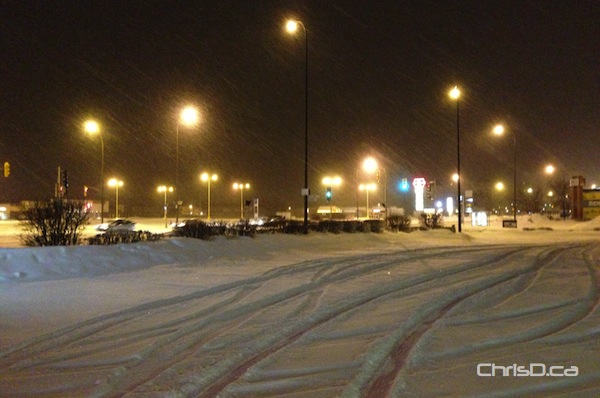 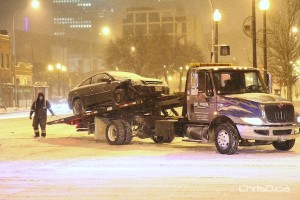 Winnipeg woke up to about 10 centimetres of snow and an additional 5-10 centimetres is on the way. Along with the snow came several warnings from RCMP about dicey road conditions on area highways, including all highways in and around the La Du Bonnet, Pinawa and Whitemouth areas.

“A low pressure system currently located in Eastern North Dakota is tracking eastward into Minnesota,” said an Environment Canada statement on Monday. “Widespread moderate snow is occurring over most of Southern Manitoba with generally 10 to 15 cm of snow reported so far over many locations.”

Paired with the snowfall is gusty winds developing to 60 km/h later today, which will cause reduced visibility and blowing snow.

Weather conditions will improve from the west tonight as the system tracks off to the northeast.

Visit MB511.ca for the latest highway conditions before venturing out.