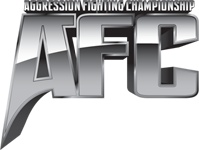 Fans of mixed martial arts will get their fill on Saturday, March 23 as AFC 16 “Uprising” comes to the Winnipeg Convention Centre.

Aggression Fighting Championship’s inaugural World Bantamweight Title Fight will be the headliner, where Winnipeg’s own Curtis Brigham (11-5) takes on Kelowna’s Mike Adams (7-1) for the right to be crowned champion. The same night, MMA fans in Edmonton will be taking in AFC 17 “Anarchy” — a first for Canadian MMA to host two separate events simultaneously.

Manitoban and UFC competitor Nick Penner (11-3) will compete in the co-main event against an opponent yet to be named.

The 12-fight card also includes Curtis “The Demon” Demarce, who makes his return after a horrific car accident.

“It’s truly an honor and pleasure to have Curtis back in the AFC cage,” said AFC promoter Darren Owen. “I expect nothing but what we’ve always seen from him, a fight of the night type of performance that ends with Curtis leaving it all in the cage and the fans going crazy.”

Tickets can be purchased in advance at CFC Gym, 349 Wardlaw Avenue, the WAMMA gym at 222 St. Mary’s Road, or through Ticketmaster for $43.

← Previous: Asessippi's 'Slush Cup' to Wrap Up Skiing Season Next: Toews to Talk Federal Budget at Breakfast on Friday →
Tags: