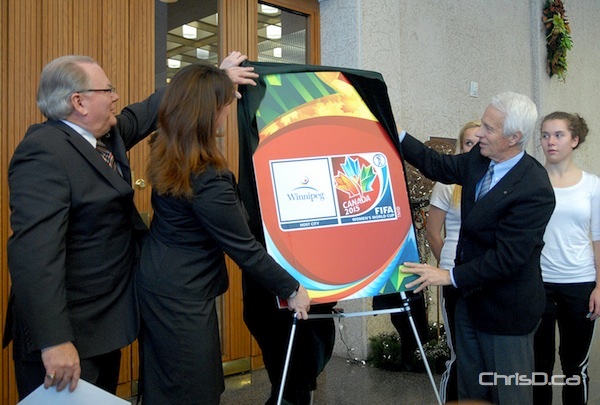 Winnipeg will host seven games of the opening round at the FIFA Women’s World Cup Canada 2015.

FIFA announced on Thursday the provisionally approved schedule of games (PDF), which will begin June 6 in Edmonton along with the opening ceremony.

Tickets go on sale in the third quarter of 2014 through FIFA’s website.