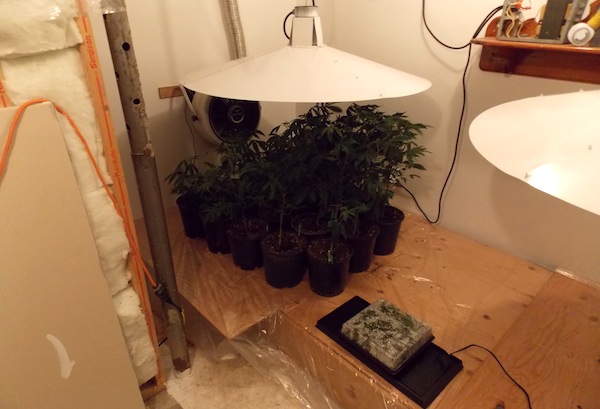 A marijuana grow-op in Wellwood was raided on Tuesday, March 19, 2013. (RCMP HANDOUT)

RCMP have laid charges against a 35-year-old Wellwood man after a sophisticated marijuana grow-op was discovered.

The estimated value of the drugs is about $56,000 in addition to the equipment seized.

The man was released on a promise to appear in Brandon court on May 9.