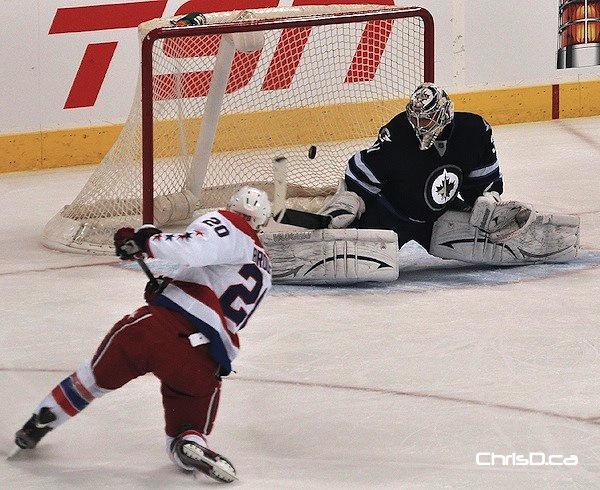 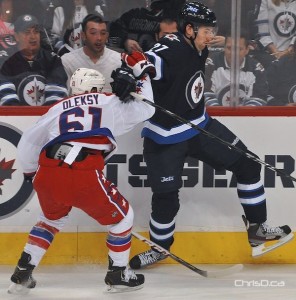 In Round 2 of their two-games-in-two-nights at MTS Centre against the Washington Capitals on Friday night, the Winnipeg Jets choked again against their divisional rivals, falling 6-1.

After an atrocious effort in a 4-0 loss the previous night — in which they were shut out for a second-straight game by Capitals goaltender Braden Holtby — the Jets were hoping to hop out of the gate and get back on track against a team determined to hunt them down in the Southeast Division standings.

“For me we came out better than we did last night,” said Winnipeg bench boss Claude Noel. “Just things didn’t go very good for us, obviously. The power play didn’t go great. It didn’t help us. We didn’t help ourselves in the fact that they scored when they shot and we didn’t. At one point shots were 30-17 and we were down 5-1. But that’s what you get sometimes.”

The Jets squandered repeated power play opportunities — five in total — and for the most part couldn’t solve Washington’s netminder who appears to have the Jets figured out. 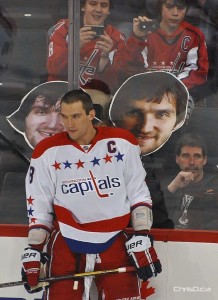 “They’re the guys we’re chasing,” said Holtby, who has allowed just one goal against Winnipeg in 10 complete periods of play dating back to January 22. “We’re getting in a groove, you can feel it in the dressing room. We’re ready to make a move.”

“We’ve been playing some good hockey these last two or three weeks and that’s what we have to get back on now,” said veteran Jets forward Olli Jokinen. “This is a little bump in our road and every team goes through this.”

“This was a pretty disappointing 48 hours and that’s got to be enough (for us). We can’t let things go this way anymore.”

Winnipeg has Saturday off to regroup before hosting another division foe in Tampa Bay on Sunday.

“The best thing I hope that our players can do is get away from the hockey and go see a movie, and clear your head because we’ve got a game on Sunday,” added Noel. “I don’t think there’s any need in beating yourself up over all the stuff that you’re going to read… because there’s no way away from it.”