Hairy on the Prairies — Unique Club Growing in Popularity 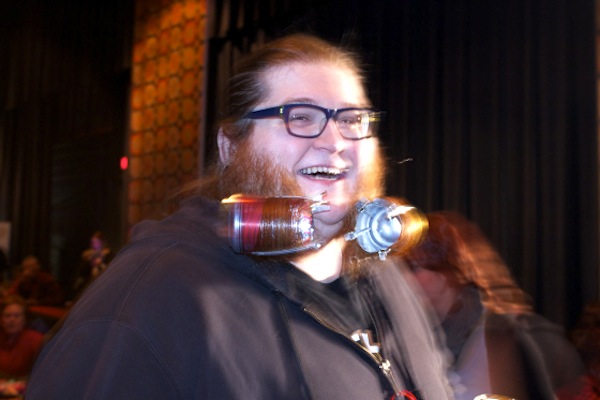 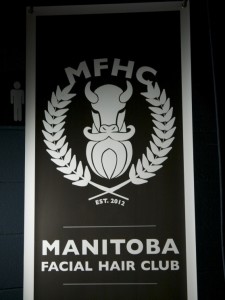 Our province has gotten a lot hairier in the last year. If you are proud of the hair on your face you might want to join the Manitoba Facial Hair Club (MFHC).

Lillie, known to his friends as Loaf, is easily recognized, and even a little bit famous, for his long, flaming-red chops. He has also participated and won awards in several beard competitions, including the World Beard and Moustache Championships in Anchorage, Alaska in 2009.

During Festival du Voyageur, many members of the Manitoba Facial Hair Club participate in the Beard Growing Contest in support of the Heart & Stroke Foundation. The contest takes place at the Voyageur Trading Post and has three categories. These include the (Voyageur Beard) Wild and Wooly category, the Novelty (groomed beard and/or moustache), and the Beard Growing Contest. 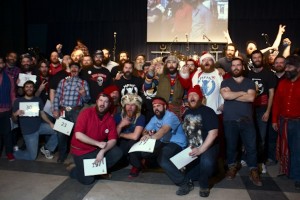 For contestants in the Beard Growing Contest, participants get an official baby-faced “before” picture of themselves in mid-December. They must then grow the hair on their face to the best of their abilities till the contest during Festival week.

During the contest this year, members of the the Manitoba Facial Hair Club won awards in three categories. Lillie came in third place for the novelty beard category. Don McPhail and Cody Gabrielson came in third and second place in the Wild and Wooly category.

The group also participates in other events for charity. Last month, the group sent out a team to dunk themselves in frigid waters for the Polar Plunge in support of Special Olympics. Lillie plans for the group to be involved in more charity events and facial hair competitions in the future.

Dylan Fries, another member of the Manitoba Facial Hair Club, has been busy working on a documentary called “Men with Beards.” He started filming the documentary in 2009 when he joined Lillie in an epic road trip to Alaska for the World Beard and Moustache Championships.

Men with Beards recently had a two-day screening at the Cinematheque. On its Facebook page it is described as a story about beauty and brotherhood. I have yet to see the film, but have heard many good things about it.

Unfortunately, people will have to wait a bit to see Men with Beards again. I highly suggest you donate to their Indiegogo campaign to get a digital download or DVD copy of the movie which should be released by next December. Depending on how much you donate, you will receive perks as well. The donation categories also have super cool names that reflect some legendary beards. These include The Zappa, The Lemmy, The Zeus, and The Super Wizard.

The Manitoba Facial Hair Club meets the first Monday of every month at the Rose n’ Bee Pub at 61 Sherbrook Street. At these meetings they discuss club-related matters such as events, merchandise, and goals for the group. There is also karaoke and enthusiastic partying involved at these meetings. If you are proud of the hair on your face, or just a fan of grizzly men, you should definitely swing by and meet some awesome bearded fellows.

At the Rose n’ Bee the banner of the Manitoba Facial Hair Club proudly hangs and members are just as encouraged to let their freak flag fly.

← Previous: Canada's History Given a Chance in New Recording Next: Cockrell, Macaulay Named Bisons' Athletes of the Year →
Tags: