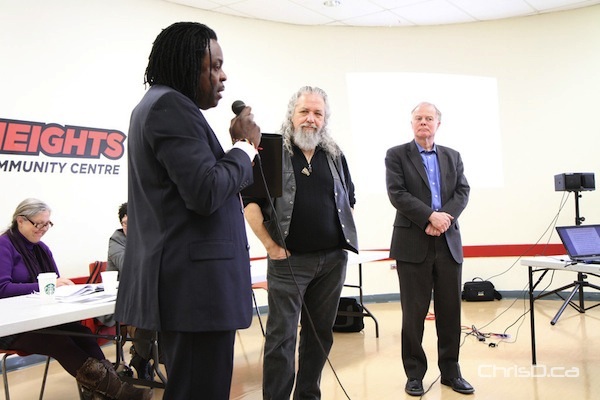 Community activist Don Woodstock speaks during a forum on examining the links between CFS mismanagement and crime in Manitoba on Sunday, March 24, 2013. The forum, held at the Central Corydon Community Centre, was put on by the Manitoba Liberal Party and drew about 50 people. There are currently almost 10,000 children in CFS care throughout the province. At right, Glenn Cochrane, president of the Indian and Metis Friendship Centre of Winnipeg and Manitoba Liberal leader Jon Gerrand. (HOWARD WONG / FOR CHRISD.CA)