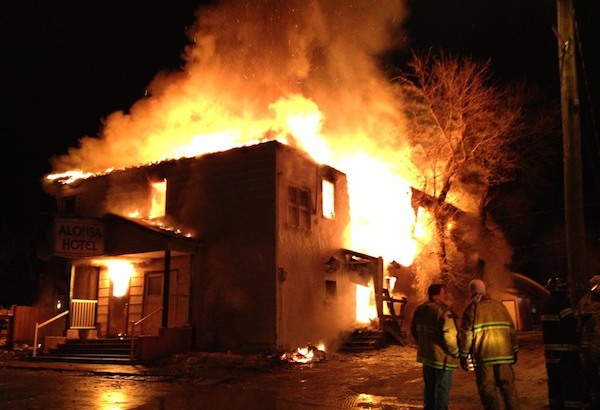 Ste. Rose du Lac RCMP and emergency crews responded shortly before 1 a.m. to find thick smoke coming from the structure. Efforts to save the Alonsa establishment were unsuccessful and no injuries were reported.

The hotel didn’t have any guests in the rooms at the time of the fire, but the building was evacuated when those inside began smelling smoke.

The cause is deemed electrical, but no damage estimate is yet available.