Home » News » 26 Homes in Winnipeg At Risk of Flooding

26 Homes in Winnipeg At Risk of Flooding 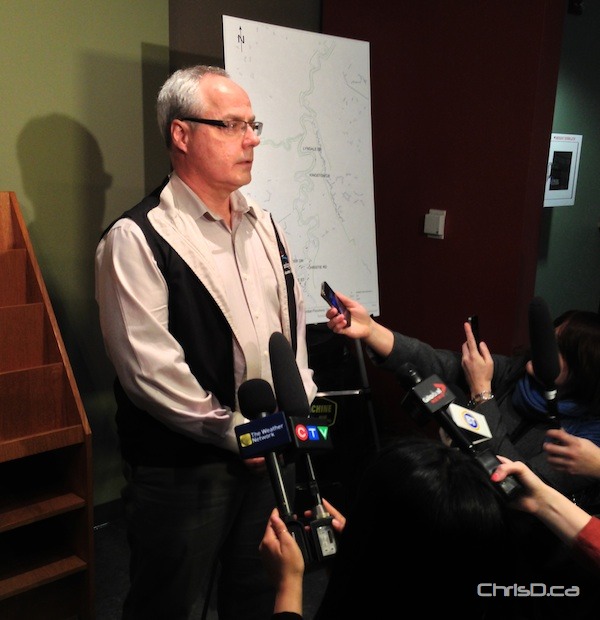 Grant Mohr with the City of Winnipeg speaks with media about the spring flood situation on Thursday, March 28, 2013. (CHRISD.CA)

“Once there is a significant rise in river levels, city crews will be contacting residents of these properties,” said Grant Mohr, Flood Planning Engineer with the city’s Water and Waste Department. “It is estimated that about 32,000 sandbags will be required for these properties.”

At this time, the city doesn’t expect to put the call out for volunteer sandbaggers or open any evacuation centres once the spring melt increases.

During its second spring flood outlook, the city said under a worst case scenario with adverse weather conditions, the Red River could reach 20.5 feet at James Avenue. These levels are comparable to 2011, but could only reach 18.8 feet under normal conditions.

Earlier this week, the Manitoba government released its own flood outlook, calling for moderate to major flooding in parts of the province.