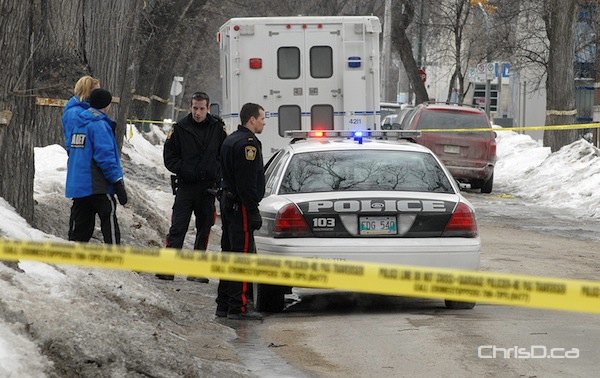 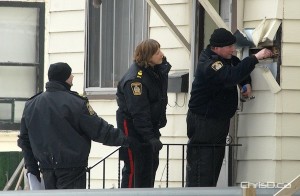 A Winnipeg police officer digs out a bullet from the side of a home on Langside Street on Wednesday. (STAN MILOSEVIC / CHRISD.CA)

A shooting in the 500 block of Langside Street on Tuesday has turned into a homicide investigation.

Winnipeg police were called to the area shortly after 4 p.m. where they found a man and woman both suffering from gunshot wounds.

Both victims were taken to hospital, where the male later succumbed to his injuries. The woman remains in stable condition.

The deceased has been identified as Nigel Dixon, 20, of Winnipeg.