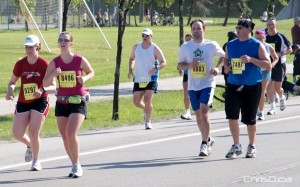 There’s a lot happening at Triathlon Manitoba as the association celebrates its 25th anniversary.

Having taken over management of the April series of running races at Assiniboine Park, the newly-named Pure Lifestyle Race Series will offer a 5 km, 10 km and 15 km option over three weekends. These races will raise funds for the Triathlon Manitoba Youth Team, a group of more than 40 athletes who train year-round.

A new triathlon in Sioux Narrows is also taking place this year. Called the Paradise Triathlon, it will join the many other triathlons and duathlons in Birds Hill Park in May and June, to Pinawa in August, to the long-distance race in Morden.

The association is also hosting a world championship qualifying race in St. Malo this June for the 2014 World Triathlon Championships to be held in Edmonton.

For details on any of the above races, visit Triathlon.mb.ca.